Everyone hates a redesign 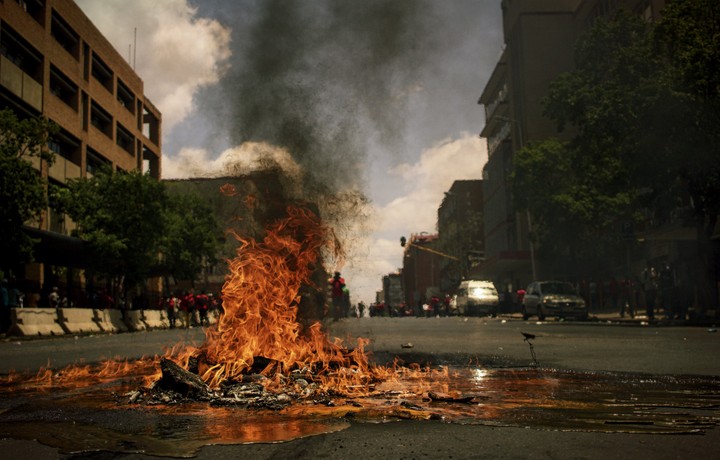 Imagine you’re a software developer. You get put on a team to redesign a core feature of your company’s application. You spend months collecting user data, prototyping, testing with users (they love it!), and building the application. And today it goes live.

As soon as your feature goes live, phones start ringing, emails start pouring in, and your CEO has to make a public apology. Because everyone hates the redesign. 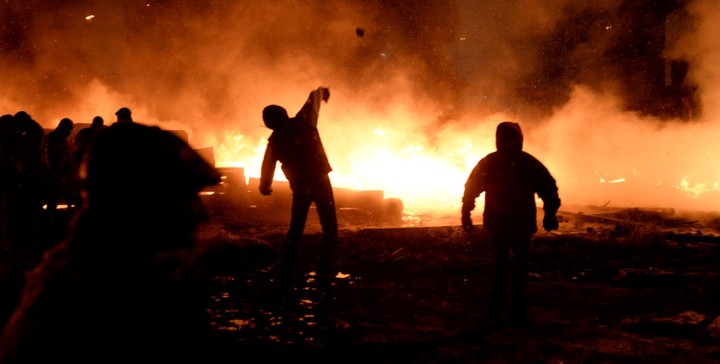 It’s not this bad. Or maybe it is.

You’d probably start updating your LinkedIn profile and resume (omitting this fiasco, of course), expecting to get axed as soon as the CEO is done cleaning up your mess.

Now imagine that everyone was wrong. You’d done your research. You’d tested with users (they loved it!). Imagine that, while hundreds of thousands protested, others used the redesigned product and profits soared. Imagine your redesign actually changed the world and how people interacted in it forever.

It’s my favorite design story — the story of Facebook’s News Feed. I lived in a college town when Facebook rolled out its News Feed feature in 2006. I could literally hear the students rebelling.

“Within 24 hours, hundreds of thousands of students nationwide organized themselves to protest the new feature.” — Time, Sept. 6, 2006

People went hard on Facebook. It seemed like everyone was weighing in and 100% of the response was negative.

“The pattern of events in the Facebook world recently is such that it seems like Mark Zuckerberg is writing a “How To” book about ruining social networking sites.” — typical sentiment from bloggers in 2006

Of course, we all know the outcome of this story over a decade later:

The News Feed stuck around, the Mini Feed became the Timeline, Mark Zuckerberg became the world’s 5th richest person, and today, folks are thinking he could even run for US president.

“Scrolling through the feed” is now part of our modern lexicon and daily behavior. The Facebook team with “egg on its face” actually designed something so useful, powerful, and addicting that nearly everyone in the world can’t tear their faces away from it.

Now, you’re definitely listing that on your resume and LinkedIn profile.

If everyone hated it, why did it win?

Everyone didn’t hate it — it just sounded like everyone did. Facebook had around 12 million users when it rolled out the News Feed. Protest groups (ironically, on Facebook) like Students Against Facebook News Feeds had “well over 700,000 members.” That’s a lot of angry people, but not enough to matter when weighed against the silent majority who thought “huh, that’s nifty” when they saw the new feature.

And that’s the dichotomy: users who think to themselves “huh, that’s nifty” and users who take to the streets. The ones contentedly scrolling through the News Feed don’t make for very good Time magazine articles. Even though they are the overwhelming majority.

With “hindsight is 20/20” vision, we can look back and attribute the success of the massive redesign to four key factors:

Standing by the data

Facebook prototyped, tested, iterated, and tested even more with users. The test users loved it! Bloggers who got to see it pre-release gave it a “thumbs-up.” The data was overwhelmingly in favor of the News Feed feature.

However, when faced with a barrage of complaints, it’s easy to be emotional. You want to take action to stop the pain.

But if you did your due diligence in the early stages, you actually have little to fear. The storm will pass. Good data doesn’t lie.

It takes strong leadership to stick by the team and weather the complaints. Many CEOs may not have the courage to tell 700,000+ users, “Calm down. Breathe. We hear you.”

The company’s response to users 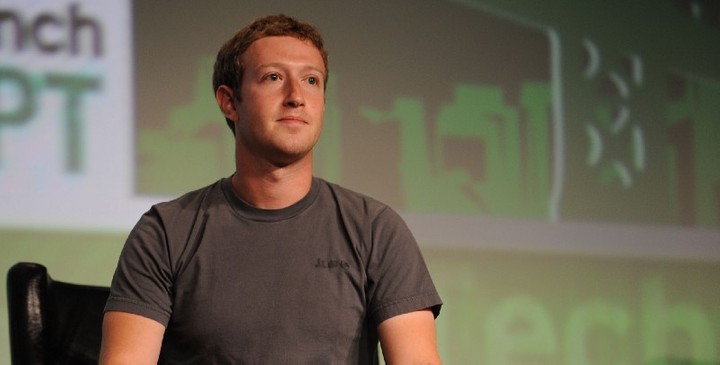 Which is the next thing Facebook did well. When the outcry was at fever pitch, Mark Zuckerberg was humble in his response. He listened to complaints. He put the company on a path forward to consider these users more in the future. But he didn’t back down, revert the change, or offer a silly compromise like making the new feature optional.

He was empathetic but resolute.

I have to admit, this Facebook News Feed tale is on my mind lately because I recently faced a barrage of angry emails regarding a feature my team just released at CHSI Technologies — a new customer relationship management (CRM) interface. 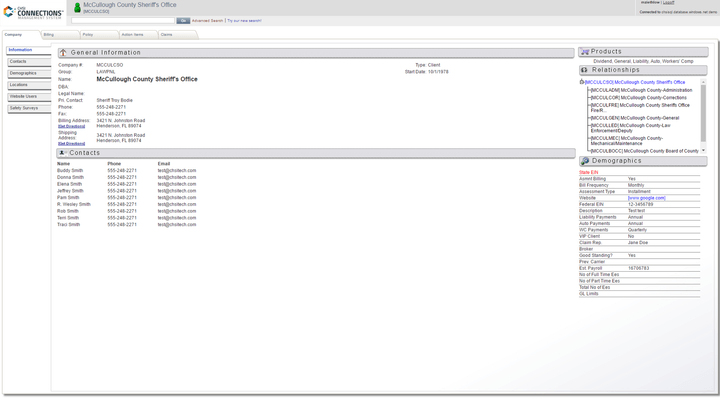 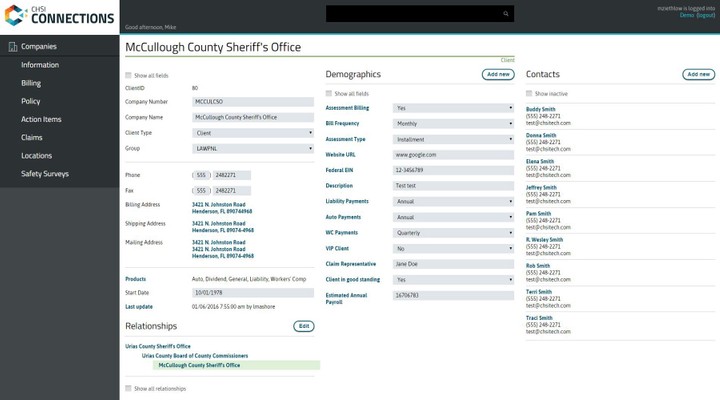 …and our new one.

Because our user base is much smaller than Facebook’s, I was able to work with users personally. I made phone calls to about a dozen perturbed users within the first days of the release.

At first I doubted myself. Then I trusted the data. During the calls, I listened with empathy as users explained why they disliked the change. Then I asked why again. Then I asked again, until I got to the root of what they needed.

In each case, what they needed could be done within the framework of the redesign. Some needed to be shown how to do some data cleanup on their end (the clearer redesign had exposed years-old data flaws). Others just needed small adjustments to make it work optimally for their use case.

I channeled my inner Zuckerberg: empathetic but resolute.

The love it / hate it nature of the feature

Say that around 6% of your user base was vocally protesting and boycotting the feature, and the remaining 94% were blasé about it. You might be in some trouble and the outcry might win out, especially if your company was sensitive to “looking bad.” But if more people love it than hate it — even if the feature-lovers are relatively silent as opposed to the protesters — the feature will win out if the company stays the course.

Again, I experienced this just recently. My first two pieces of unsolicited feedback from users on our redesign:

“Love, Love, Love it! Thanks to you and your team for all your work to improve the system.”

“We do not care for it at all. Please switch us back to the old screen as soon as possible.”

These two responses were awesome to see. One, a little positive reinforcement made it easier for me to trust the data we collected early on. And two, I was able to get on the phone immediately with the unhappy user and have “a nice conversation” (their words) while resolving their issues. By the end of the call, they even offered to be in our user pool for future prototype testing sessions!

When your feature has a love it or hate it nature, as long as the “love its” are in much higher numbers (even if they’re mostly silent), you’ll win out.

The News Feed design team might have been shaken by hundreds of thousands of complaints. But I’m sure someone on the team was quick to point out the millions adopting and enjoying the feature.

Customers yelling at you or fighting you on a change is painful. You may just want to stop the pain and offer a way out.

Mashable CEO Peter Cashmore predicted Facebook would back down:

“Frankly, the only possible outcome is that Facebook will be forced to provide an “off switch” — the majority of users will then opt out of the system, making it far less useful. Facebook are unlikely to remove the feature entirely, but they’ll need some sort of compromise to keep the users happy.”

There are two terrible options Facebook could have taken:

Option 1 is terrible because it is a purely emotional response and doesn’t respect the data.

Option 2 is worse because the company is failing to make a product decision. They are now stuck maintaining two codebases which doubles their costs. Instead of offering more amazing features with 100% of the team, 50% of the team will be wasted maintaining old code, trying to please 6% of their user base.

When Cashmore says, “Facebook should have simply provided an ‘off’ switch for the feature,” it sounds like he’s not a coder or hasn’t been on the tech side of things much. Suggestions like this should never come up if the ramifications are considered for even a second.

Holding on to legacy software because of tradition or nostalgia is a constant battle for companies as they want to iterate and redesign better products.

Microsoft is going through it right now with Microsoft Paint. Microsoft wants to deprecate the decades-old product in favor of a new one. And it seems like every user under the sun is fighting this change — but is that really the case? Is there a silent majority who would enjoy working with a modern application?

Many people may be clamoring for the old thing, but perhaps many more are interested in newer, better ways of doing things.

And if companies are exhausting their development resources maintaining the old things out of fear of user backlash, innovative startups — unencumbered by such concerns — can swoop in and disrupt the market. 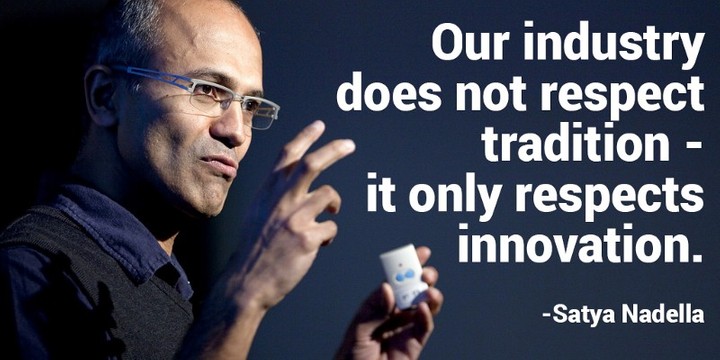 I’m not downplaying feedback from unhappy users. You certainly need to take their thoughts into consideration and observe how they use your application. But you need to treat your loudest users just like your quietest users. The squeaky wheel should not get all the grease.

So, while I collected every piece of unsolicited negative feedback regarding our redesign, I also went to my user pool and got their feedback. And weighing all perspectives equally, it’s clear the path is forward: resolute, with empathy, toward innovation.

Send me an email anytime and I'll get back to you: mike@mikezetlow.com